Mission:
to develop OshSU international cooperation in the framework of educational, research and cultural programs and projects.

• From 14th to 28th of August 2005 the Summer School was organized by the IAO project “The German Language in the Ferghana Valley”. The project was financed by DAAD and the German Embassy in Kyrgyzstan. 30 students of non-linguistic departments from various higher educational institutions of the Ferghana Valley, participated in the project. Project Managers: Ganybaeva S., Tashybaeva A., IAO coordinators.

• In September 2005 the program of Soros-Kyrgyzstan Foundation “Ethnic Development” supported the initiative of Public Fund “Ethnic Turk” and IAO staff members. The title of the project is Development of poly-cultural knowledge and education in locality of ethnic groups in poly-cultural regions (in particular the ethnic Turks of Uzgen region of the Osh oblast). Managers from OSU part: Kim E., IAO coordinator; Nazarov B., Osh State University member; trainers of OSU laboratory “Critical Thinking”.

• From 23rd to 24th of September 2005 scientific-practical seminar was held in Osh State University . The title of the seminar “Innovations in higher education of Central Asia: cumulative experience, perspectives of its application and demands of changing communities of the region”. The seminar was organized with support of Moscow office of the Ford Foundation in coordination with the partner project “System of higher education in social development of Central Asia” together with Research Center “Internal Asia” (Irkutsk, Russia), higher educational institutions of Ferghana Valley and IAO. Manager from OSU part: A.Saipbekova, doctor of physical and mathematical sciences, head of IAO.

• From 25 to 28 September 2005 School of Young Scientist was held in OSU. Trainers: V.Dyatlov, professor of Irkutsk university; S.Panarin editor of “Eurasia” journal.

• In 2005 Osh State University Law Faculty together with the Law College of Montana, the USA started realization of partner program on legal education and clinical training. Duration of the project is 3 years. Grant amount is 240,000 $ US. The project involves teachers exchange program, development of innovative educational courses and assistance in reforming the legal education and legal knowledge of the teachers of Osh State University Law faculty. In coordination with this project, 3 teachers of OSU Law faculty had two-month internship in Law
College of Montana. 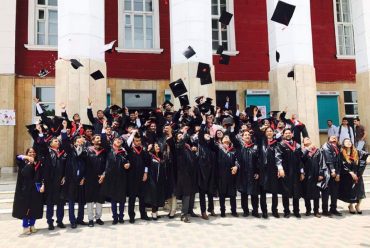